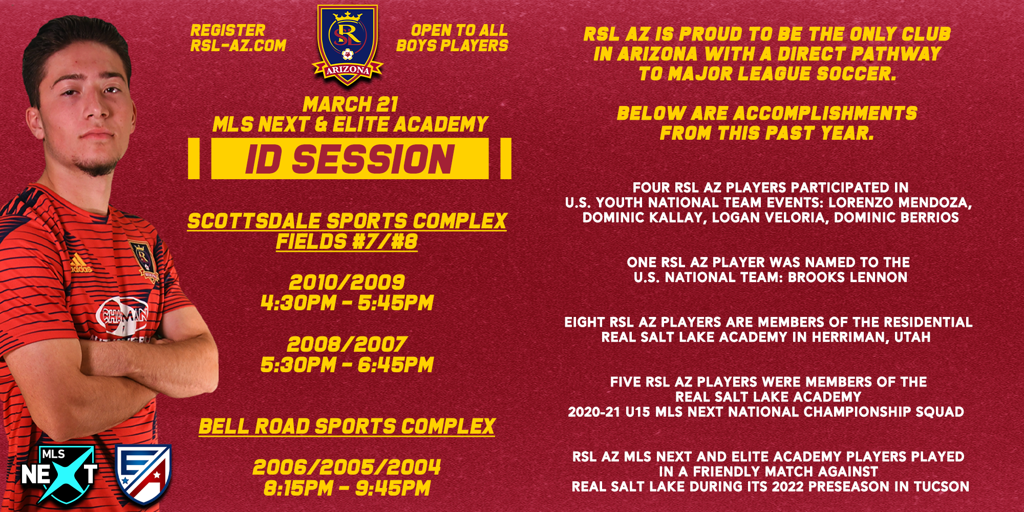 RSL AZ's MLS Next and Elite Academy will be hosting ID Sessions only to all players this February and March. Players registered with MLS Next are restricted from participating without a release