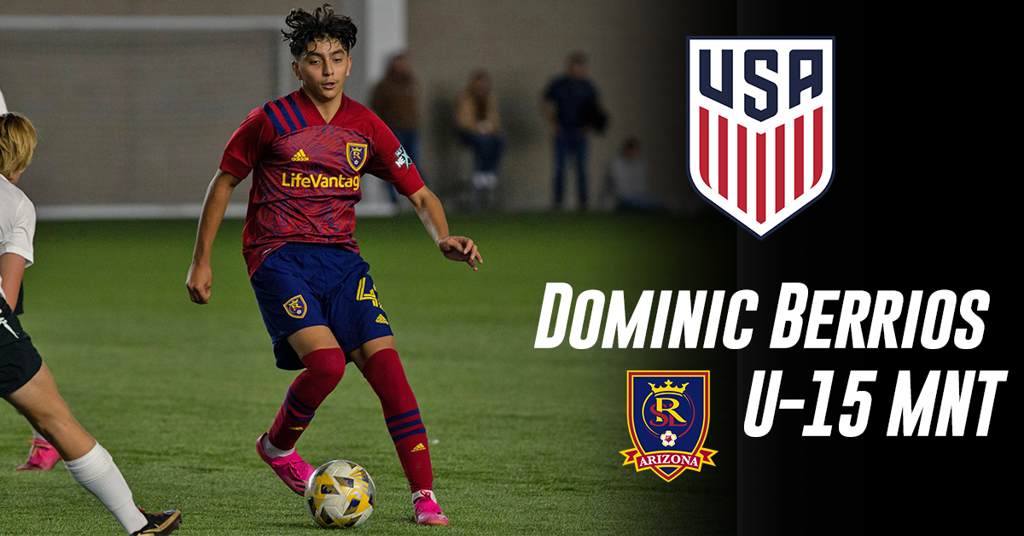 RSL AZ is extremely proud of Real Salt Lake Academy midfielder Dominic Berrios who has been named to the U.S. U-15 Men's National Team camp.

Before moving to Utah as a resident of the Real Salt Lake Academy, Dominic played for RSL AZ Southern Arizona.

The 25-player training camp will be held at the Elite Athletic Training Center in Chula Vista from February 21-28.

RSL AZ is the only club in Arizona with a direct pathway to Major League Soccer and Dominic is one of a handful of former RSL AZ players who now reside in Utah at the Real Salt Lake Academy.