RSL AZ Set To Compete In The Upcoming UPSL Season 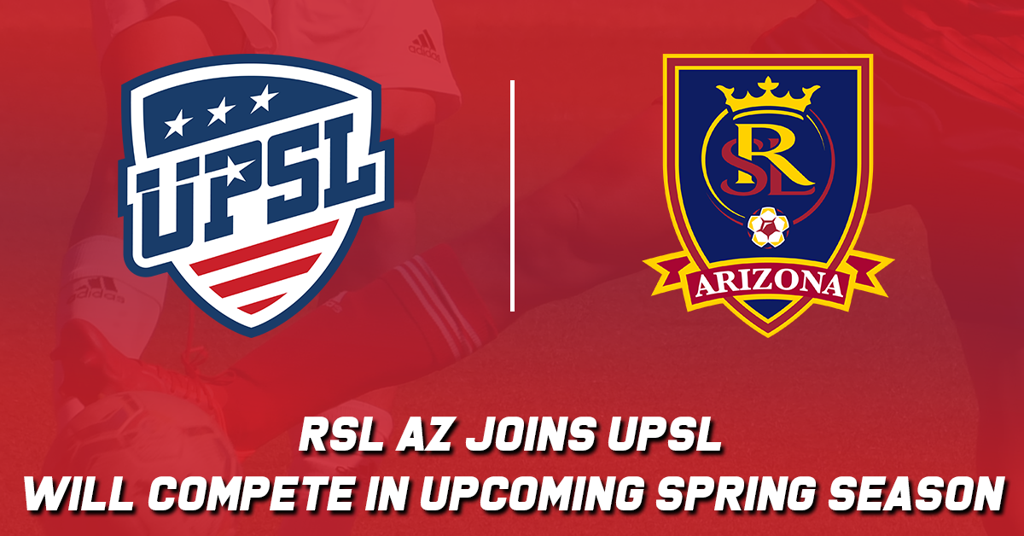 PHOENIX (Thursday, March 3, 2022) -- RSL AZ is excited to announce that the club will field a team in the upcoming United Premier Soccer League (UPSL) season.

RSL AZ is set to compete in the Arizona - Premier Division with matches kicking off at the end of March. The team will be led by coaches Christopher Behler, Dave Schaffer, and Milos Tomic.

"Competing in the UPSL provides a higher platform for players to compete in and get quality matches," said RSL AZ UPSL coach, Christopher Behler. "Our alumni can now come back and compete with the club they grew up with. Additionally, it gives other players throughout Arizona a chance to continue to get high level matches as they continue on their paths to get the highest levels of pro soccer in the United States."

RSL AZ will be holding an open tryout for players born in 2006 and older on Monday, March 7 from 7:45pm to 10:00pm at Bell94 Sports Complex Field #13 (9390 E Bell Road, Scottsdale, AZ) located across from the Ice Den. There is a $20 registration fee for the tryout. Click here to register for the tryout.

About the UPSL
The UPSL was formed in 2011 and currently includes more than 325 teams nationwide. The UPSL is the largest Pro Development League in North America. Each UPSL team is individually owned and operated.

UPSL teams are eligible to participate in the U.S. Open Cup Qualifying Rounds through the league's affiliation with the U.S. Soccer Federation (USSF) and the United States Adult Soccer Association (USASA).