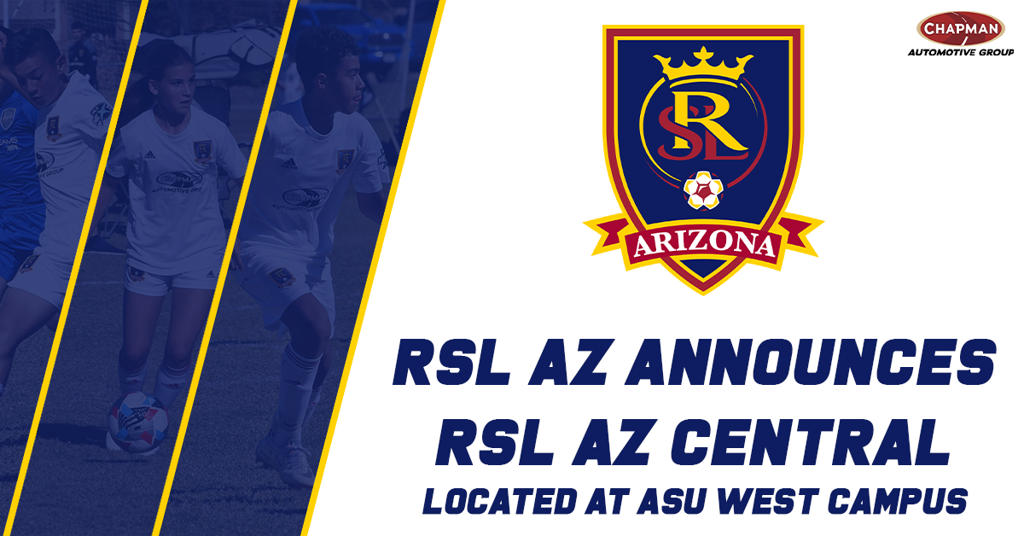 RSL AZ Central teams will train on the Arizona State University West Campus (Thunderbird and 51st Ave). Tryouts will start on April 25 for boys and girls between the birth years of 2016-2013. Older birth years, 2012-2004, start on May 2.

"Expanding into Central Phoenix gives Phoenix based players an opportunity to benefit from playing with our elite boys and girls teams, our college advisory program which sees more and more players attending college every year, and lastly our proven track record of developing players for the professional levels. Just in the last few weeks, three players who played for RSL AZ, have made appearances with the Real Monarchs," said Brent Erwin, RSL AZ Executive Director.

"We are proud to represent RSL AZ Central while developing and supporting players and their families in Central Phoenix and beyond," said Steven Green, Director of Coaching for RSL AZ Central. "We strive to create the best possible environment for players to develop their skills while promoting respect for the game, understanding, and teamwork.  We believe in taking charge of soccer in our community and providing support to our players by encouraging them to make a positive impact on and off the field.  Our success is defined by providing players with early, positive experiences with soccer that lead toward lifelong physical and mental health."