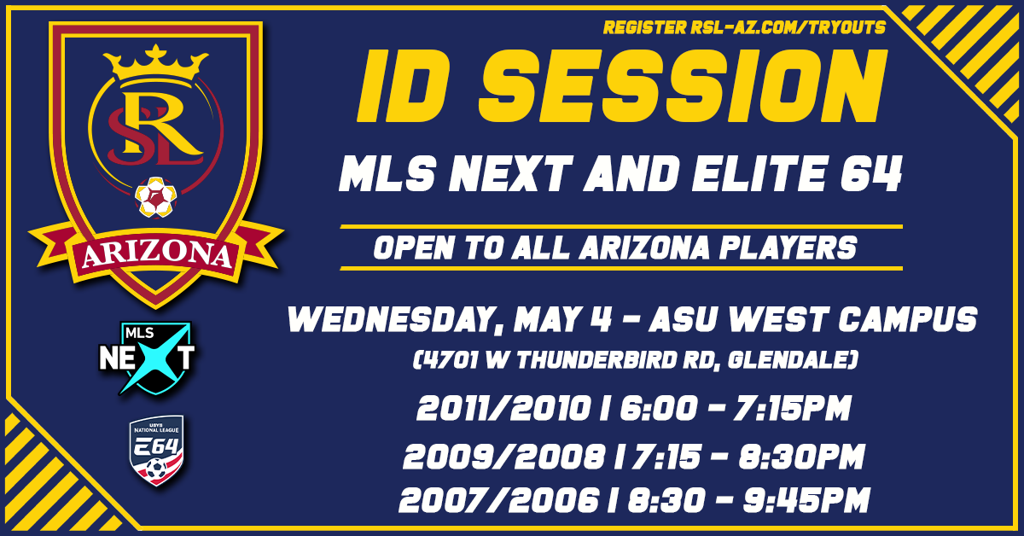 RSL AZ MLS Next and RSL AZ Elite 64 will be hosting an ID Session in Central Phoenix on Wednesday, May 4, on the campus of ASU West for the 2010-2006 birth years. Players registered with MLS Next are restricted from participating without a release.