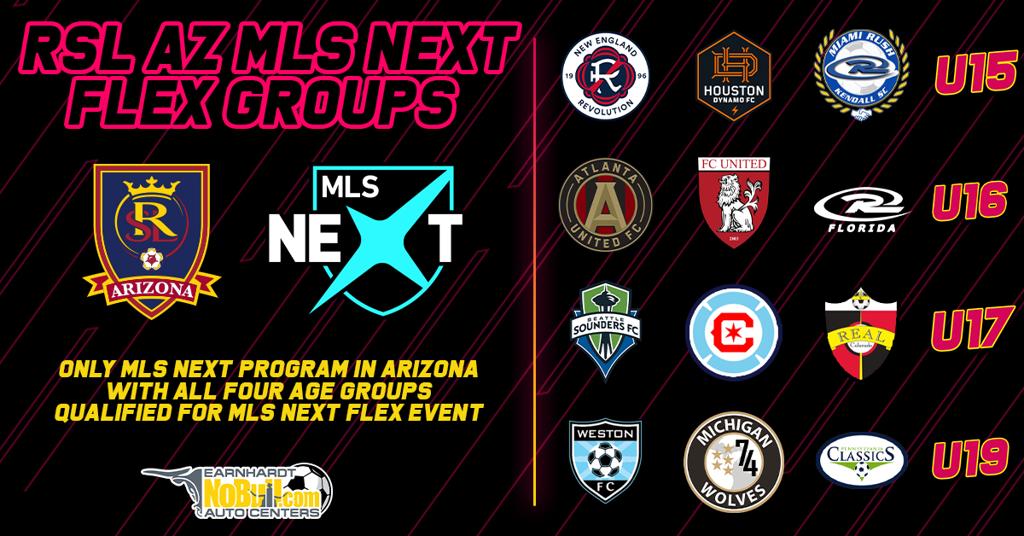 MLS Next Flex kicks off on May 13 and finishes on May 17. 16 groups of four teams will play a round-robin with the winner of the group advancing to the MLS Next Cup which will be held in Dallas this June.

RSL AZ is the only MLS Next program in the state of Arizona to have all four teams advance to this weekend's event. Three of four RSL AZ MLS Next teams have also been grouped with MLS teams. U15s will take on New England Revolution and Houston Dynamo, U16s will face Atlanta United FC, and the U17s will face Chicago Fire and Seattle Sounders.

Good luck to the RSL AZ MLS Next teams.