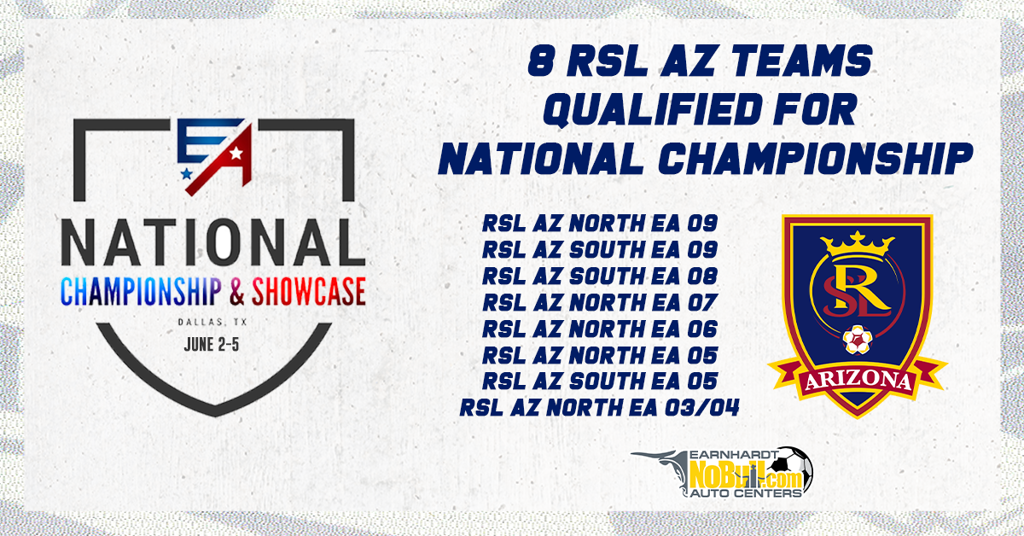 Every age group at the upcoming inaugural Elite Academy National Championship in Dallas this June will be represented by an RSL AZ team.

The EA National Championship will be held at the MoneyGram Soccer Complex from June 2-5. U13-U17 age groups will feature 16 teams per age group group while the U19 will feature 10 teams.

All teams begin play in the knockout rounds. If you win, you advance to the next round and if you lose you will compete in the consolation bracket.

All teams will play a minimum of three matches while teams who advance to the finals of their age group will play a total of four matches.

All matches will be played June 3.