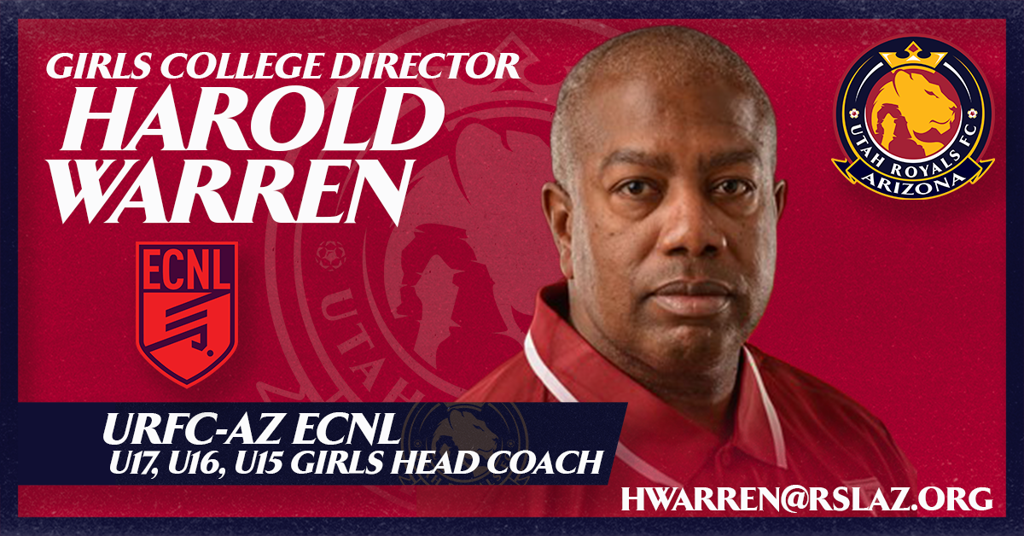 Warren, who was most recently the Associate Head Coach at Troy, joins the Utah Royals FC AZ with six years experience as NCAA Division I head coach at the University of Alabama at Birmingham (UAB) and three years experience as an Associate Head Coach at the University of California (USC) where he helped the Trojans win the NCAA Division I national title in 2007.

"I want to thank Tiffany Roberts and Brent Erwin for giving me such a great opportunity to once again to not only be on the coaching staff for the strongest club in Arizona, but for one of the best clubs in the country," said Warren. "I'm looking forward to teaching, training, coaching, and guiding players. I'm both extremely excited and honored."