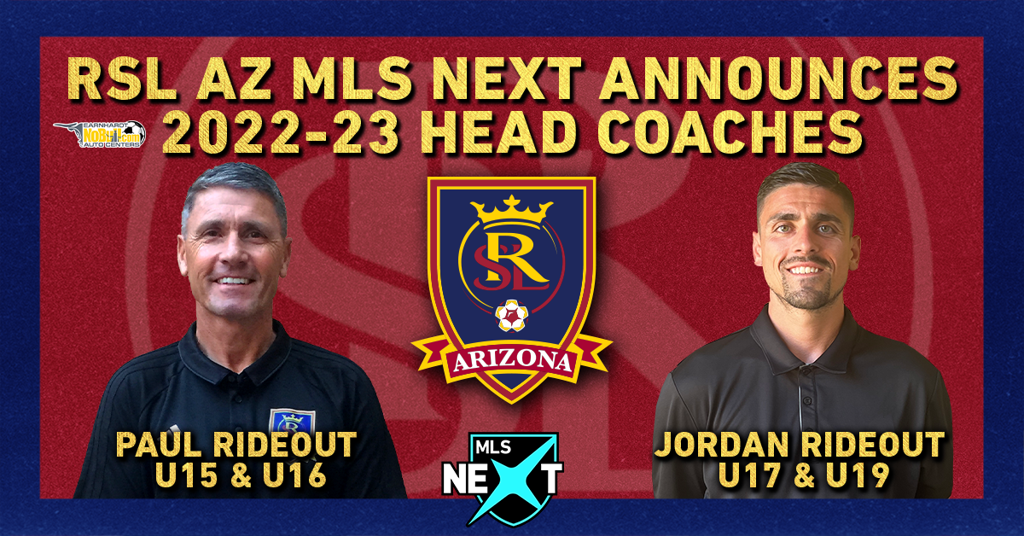 Paul Rideout, who has been with RSL AZ since 2018, was most recently the head coach of the RSL AZ Elite Academy U13, U16, and U19 teams. This past season, all three of his teams qualified for the Elite Academy National Championship in Dallas. Prior to RSL AZ, Rideout was the head coach for Major League Soccer's Sporting Kansas City U.S. Soccer Development Academy U16 and U18 teams for five years and was a coach for Sporting Blue Valley where he won more than 15 Kansas State Championships in 15 years.

Rideout played professionally for 23 years scoring 147 goals in the English Premier League, Serie A, MLS, and Chinese Pro League with appearances for clubs such as: Everton, Southampton, Aston Villa, and Bari as well as appearances for the England National Team U15, U17, U18, and U21.

"Paul has been with the club since 2018 and his reputation and record speak for themselves as a coach. He was also a wonderful player who played nearly 600 games at the very top levels in the world," said RSL AZ Technical Director/Executive Director Brent Erwin. "There is a long line of players in Arizona and nationwide who speak with reverence in describing what Paul has done for them. There is tremendous value former top players bring to the education of the next generation of players and we are extremely happy to have him as a coach for our MLS Next teams."

Jordan Rideout joins RSL AZ after previously serving as the head coach of Barton Community College where he compiled a 32-14-2 in three seasons with two top #25 NJCAA ranking finishes. In his second season, Rideout guided Barton to the 2020-21 NJCAA Divisions I Men's Championships. Prior to Barton, Rideout was previously the men's and women's head coach at Northwest Kansas Technical College and assistant coach at Chaminade University of Honolulu.

"Jordan is a perfect fit for our MLS Next U17 and U19 teams.  When we began searching for this spot we wanted someone who had experience as a head coach at the collegiate level and who had played and coached both in college and professionally so he could relate to the players and help them through this important stage of their journey," said Erwin. "Jordan fits the bill at every level. He has energy and passion and we are glad to have him working with our oldest boys in MLS Next."