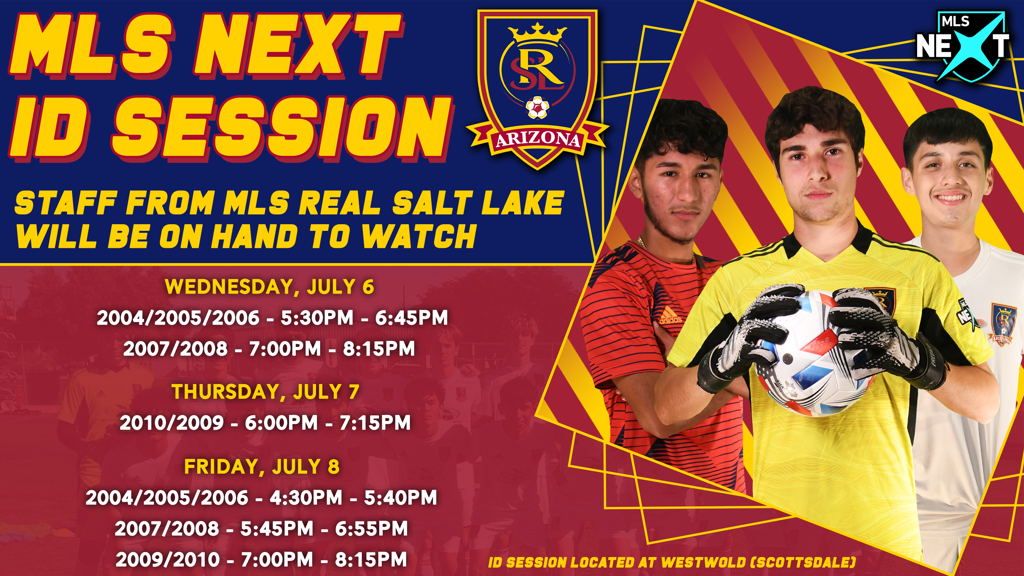 RSL AZ MLS Next will be hosting an ID Session at Westworld in Scottsdale July 6th-8th. Staff from Major League Soccer's will be on hand to watch.

This ID Session is FREE and open to all Arizona boys. Players registered with MLS Next are restricted from participating without a release.