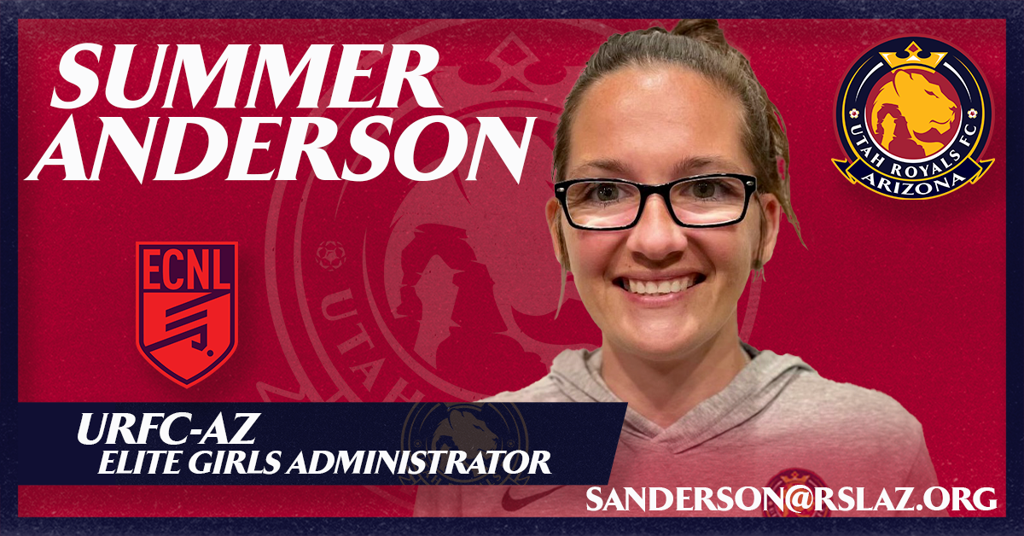 "I am extremely excited for Summer to start with us.  She has tremendous experience as it relates to the ECNL admin side and will be a game changer for the program.," said ECNL/ECRL Director Tiffany Roberts. "Summer has also coached in the ECNL for the last few years and brings a new perspective that we are excited for our players to continue to learn from."

Anderson's previous experience includes co-founding PA Crew Soccer Academy in Pittsburgh in 2006 and serving as a coach at Arizona Arsenal Soccer Club since 2012. With Arizona Arsenal Soccer Club, Anderson won four AYSA State Cup girls titles and was a Farwest Regional Finalist in 2017. Additionally, she was named 2017 AYSA Competitive Coach of the Year and was selected to the ECNL National Selection Game Staff. Since 2018, Anderson has coached in the ECNL.

Off the field, Anderson has served as an educator at Cooley Middle School since 2014 and has worked with Special Olympics.