September No Bull Student Athletes of the Month Announced 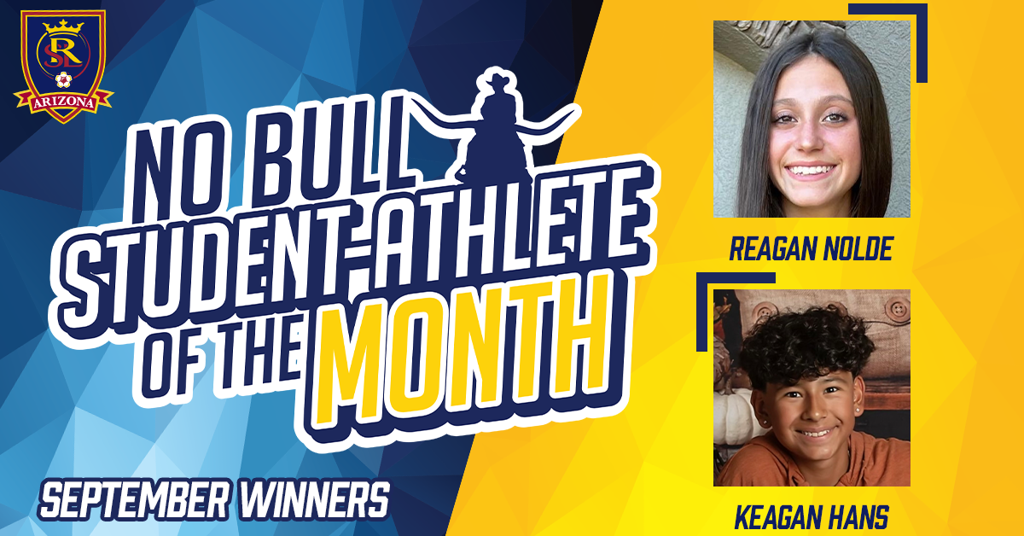 The September No Bull Student Athlete of the Month Male and Female winners have been announced.

Reagan attends Basha High School where she maintains a 3.9 GPA (4.4 weighted) and is a member of the National Honor Society. Reagan has also been a four-year varsity cross country team member and has served as the captain the past two seasons. She serves in the community with Live Love organizing monthly soccer matches with families in the downtown Chandler community.  On the field with RSL AZ, Reagan is the assistant captain on her team and has already scored three goals and recorded two assists in four matches.

Keagan attends Corona Foothills Middle School and is active in his community helping referee rec leagues in Sahuarita and competitive leagues for the PCJSL and SAAZ NPL. Keagan also volunteers at school helping his teachers out when needed and on the field Keagan is the ultimate team player playing any position asked of him. He also supports his team with a positive attitude and sportsmanship on the field.