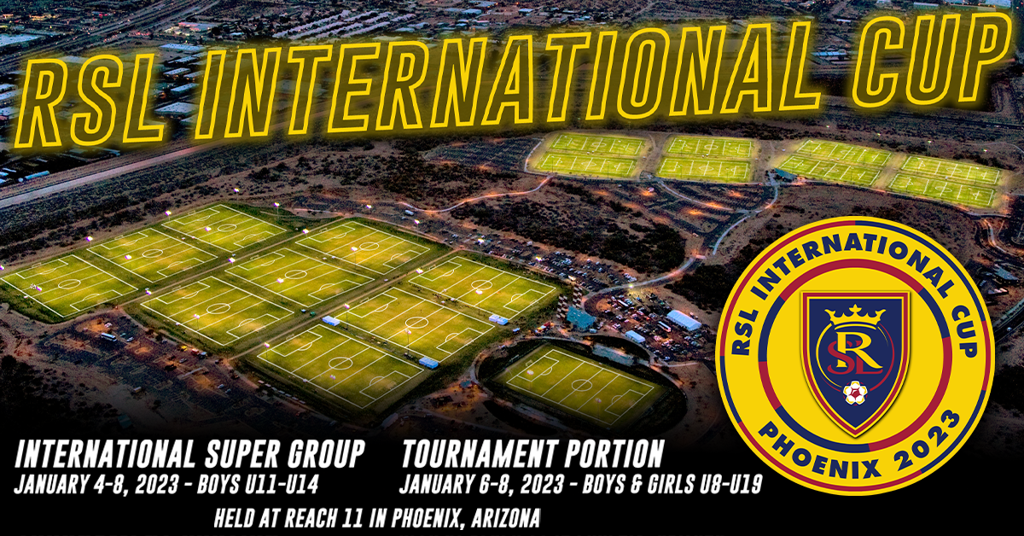 The RSL International Cup is coming to Phoenix in January 2023.

This prestigious event will be held at the immaculate and always stunning Reach 11 Sports Complex which is one of the largest soccer complexes in the Southwest.

The tournament portion of the event is open to all boys and girls U8-U19 teams. It will be played January 6-8.

You do not want to miss out on this incredible tournament. Arizona is an incredible palace to visit especially in January when the average high in Phoenix is 68F/20C and the average low is 45F/7C. Phoenix is home to numerous five-star hotels and resorts, more than 160 golf courses and is hours away from Sedona and the Grand Canyon.