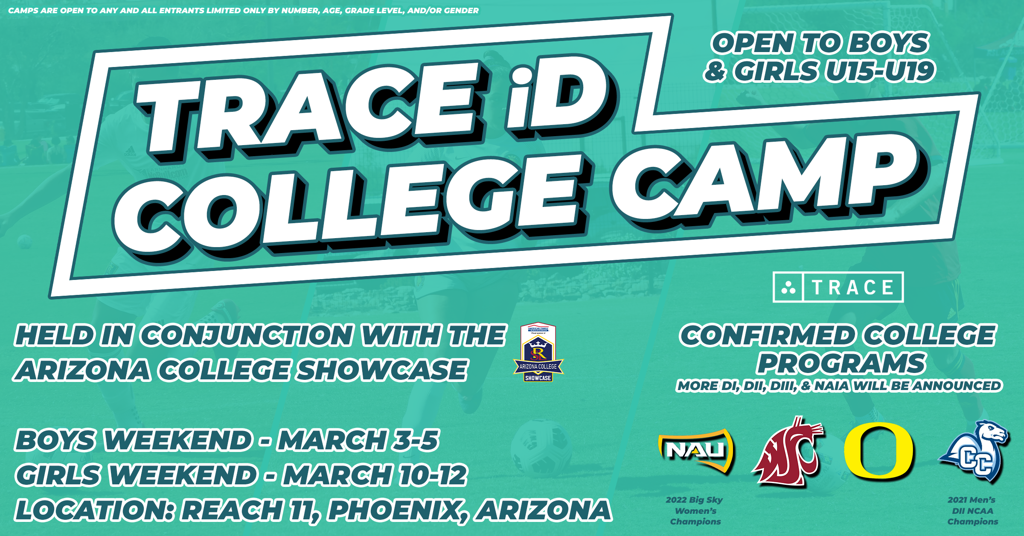 Sessions at the iD Camp will be run by college coaches and following the conclusion of the iD Camp there will be a Q&A session with coaches.

In addition to being on-site for the RSL AZ Arizona College Showcase, Trace is excited to host this event for players who strive to play collegiately. They will be providing video coverage for all fields, and each iD Camp participant will get exclusive access to Trace iD+, Trace’s ultimate way to organize, store, and share your soccer moments.

Trace is short personalized videos you can’t wait to watch. It makes 1-on-1 coaching easy by removing hours spent on editing game film and time-consuming video sessions. By making the experience of watching games more rewarding, coaches and players can spend more time analyzing and learning from video.

Alongside the Trace iD College Camp, Trace will be hosting a variety of educational workshops and activities! Keep an eye out for more information on:

All games will be available to view, share, and download after the iD Camp. Player moments will also be showcased on Trace’s National Leaderboards, a tool used by college coaches across the country to discover players.