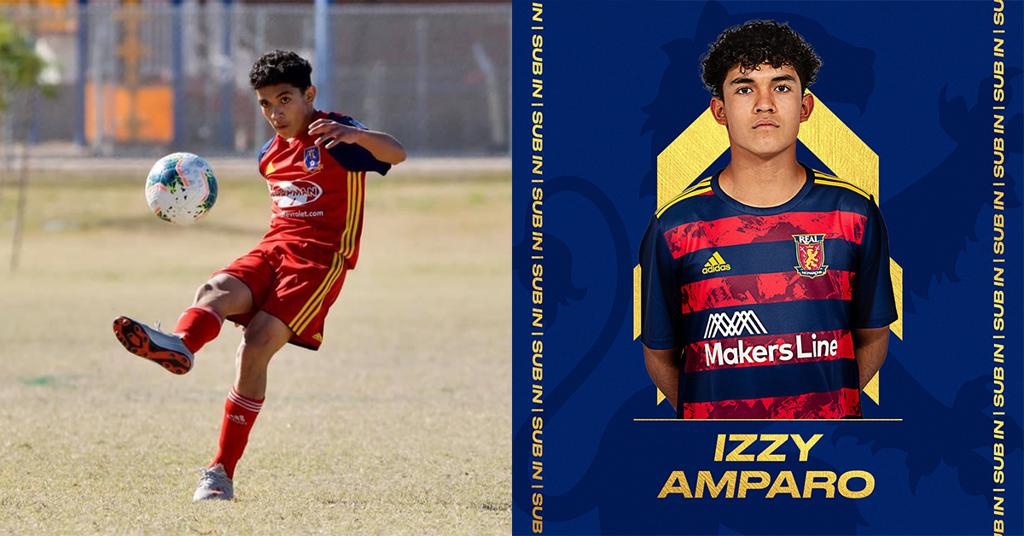 Additionally, in the same match, Mesa's Julio Benitez, who made his pro debut in 2021 and signed with Major League Soccer's Real Salt Lake in January 2022, made his first start of the season.

Amparo's debut came in the 78th minute when he was brought on as a substitute for the Real Monarchs who compete in the MLS Next Pro.

Amparo played for RSL AZ North's U12/U13 teams and then the U14 DA team - DA is now MLS Next. He was then identified by Real Salt Lake and invited to join the Real Salt Lake Academy in Utah at the beginning of the 2020/21 season. Amparo currently competes for the RSL Academy U-17 team.

RSL AZ is incredibly proud of Izzy and all his hard work and dedication. Keep up the great work

RSL AZ is the only club in Arizona with a direct pathway to Major League Soccer. RSL AZ is hosting tryouts for all ages starting in April and more info and registration can be found here.