RSL AZ MLS Next U12, U13, U14 Set For Elite Youth Tournament In Kansas City 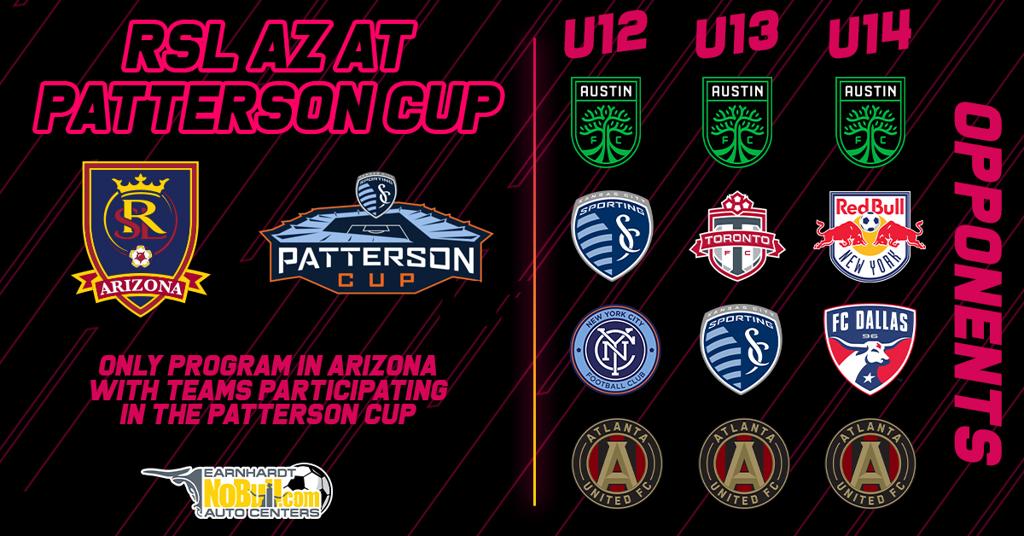 KANSAS CITY (Thursday, June 8th, 2022) -- RSL AZ U12, U13, and U14 teams are participating in the 2022 Patterson Cup in Kansas City this weekend which pits elite MLS youth academies from across North America against each other in one of the best youth tournaments in the county.

The Patterson Cup kicks off on June 8 with championship matches held on June 12. RSL AZ teams will participate in two-days of group play before advancing to the next round on June 11th which will see teams seeded based on their finish in the group. Pending the result of the match on June 11th, teams will again be seeded on June 12.

The older RSL AZ teams recently competed in the MLS Next Flex event that saw them also paired up with MLS youth academies in the group stage. Through this event, the RSL AZ MLS Next 06 boys advanced to the MLS Next Cup Playoffs which will be held in Dallas on June 25.

Below are the groups for RSL AZ and their schedule.