October No Bull Student Athletes of the Month Announced 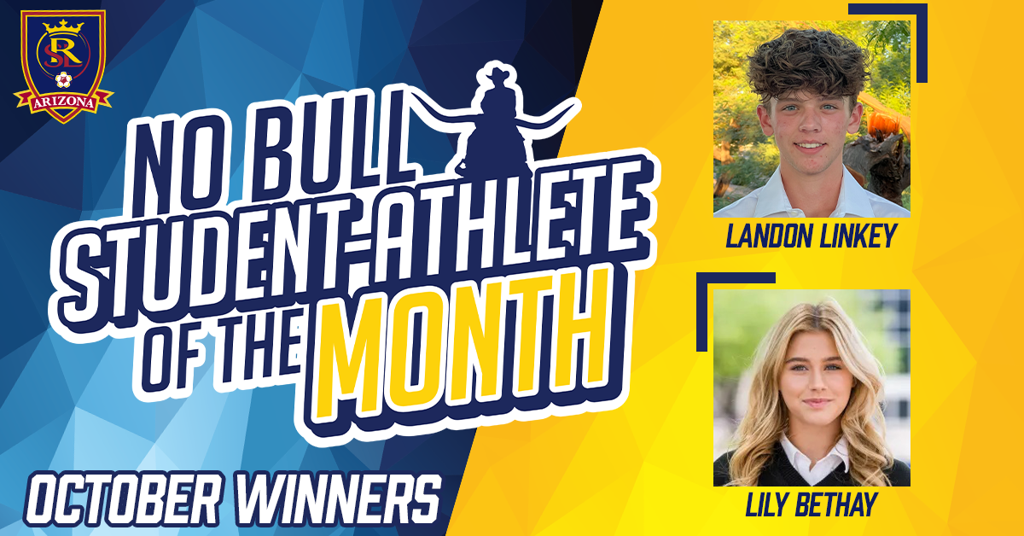 The October No Bull Student-Athlete of the Month Male and Female winners has been announced.

Landon attends Verrado High School where he takes Honors and AP classes while maintaining a 4.4 GPA. Landon just received his third Varsity Letter for academics and was named to the 2021/22 All-Academic First Team (5A-6A). On the field, Landon helped Verrado clinch a Region Championship title last year. With RSL AZ, Landon competes for RSL AZ North 06 Boys Hack where he is the co-captain of a team in the Soccer Alliance of Arizona NPL Division 1.

Lily attends Notre Dame Prep where she maintains a 4.53 GPA. She is a member of the National English Honor Society and the National Math Honors Society. She also is the President of the PAWS Clubs, which supports donating and advocating for rescue and animal shelters/service animals. With RSL AZ, Lily is playing on a first-year team in the Soccer Alliance of Arizona NPL Champions division. She plays center back and is fast, strong, and a true example of hard work on and off the field.