November No Bull Student-Athletes of the Month Announced 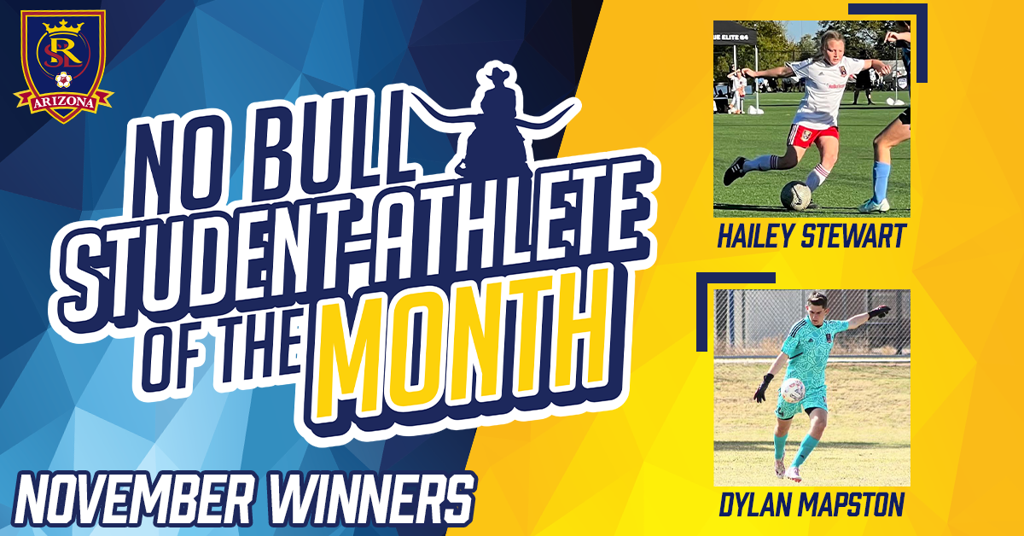 Stewart attends Legacy Traditional School West Valley where she is in the RISE gifted program, the lead in the school play, the Aristocats Jr., and was in a district wide speech contest. On the field, she has been a member of RSL AZ for four years. She is currently the captain, and playing up a year, on the RSL AZ West Valley Elite 64 Girls team. She has constantly improved each season and leads by example with her hard work, dedication, positive attitude and leadership.

"She has an attitude like no other and always brings her teammates up with her positive attitude and leadership at such a young age," said Kayla Douglas, RSL AZ West Valley 10 Girls Elite 64 Head Coach.

Mapston attends Odyssey Institute where he maintains a 3.8 GPA. Dylan currently runs a 501c3 nonprofit called Keepers Care for Kids which he started in honor of his cousin, a childhood cancer survivor. Dylan's nonprofit has collected thousands of toys in six years and he has donated $2,000 to Phoenix Children's Hospital and $2,000 Diamond Children's Medical Center. He also has led a fundraiser called Clean Sheets Against Cancer which includes goalkeepers from club, college, and professional teams who donate per save and clean sheet they record during Childhood Cancer Awareness Month. On the field, Dylan is rostered on two RSL AZ teams and is the captain on the RSL AZ North 04 Behler Boys team.

"This is one stand out young man that is always ready to go above and beyond to help out people in need and support many different charities for the right cause," said Milos Tomic, RSL AZ North Boys Director.